You are here: Home / Archives for Made in Kentucky 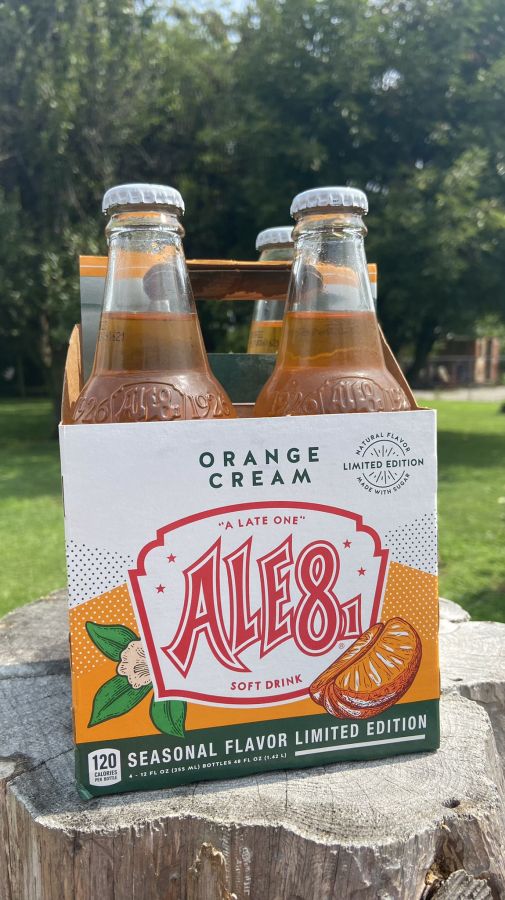 If you’re a Kentuckian, you know all too well how delicious Ale-8-One soft drinks are. While the original is the “go to” drink for a lot of Kentuckians, the Cherry Zero is my personal obsession. OBSESSION. It’s unbelievably delicious.

The iconic Kentucky soda is bringing back the summer fan favorite, Orange Cream Ale-8-One, while supplies last. This popular seasonal addition to the current Ale-8-One family
of products delivers a dreamsicle inspired flavor that evokes a sweet sense of nostalgia, just in time to kick off the brand’s 95-year anniversary this summer! Orange Cream Ale-8-One made its debut on June 8th in the Bluegrass region along with expanded footprints in, Louisville, Cincinnati, Pikeville, and most of Western Kentucky in Kroger, Walmart, and Meijer retailers.

I found this particular box of smooth deliciousness at one of the Kroger stores here in Owensboro. It was on a display near the meat and deli, so when you’re looking for this iconic seasonal drink,  be sure to tour your store. They get creative with product placement sometimes. 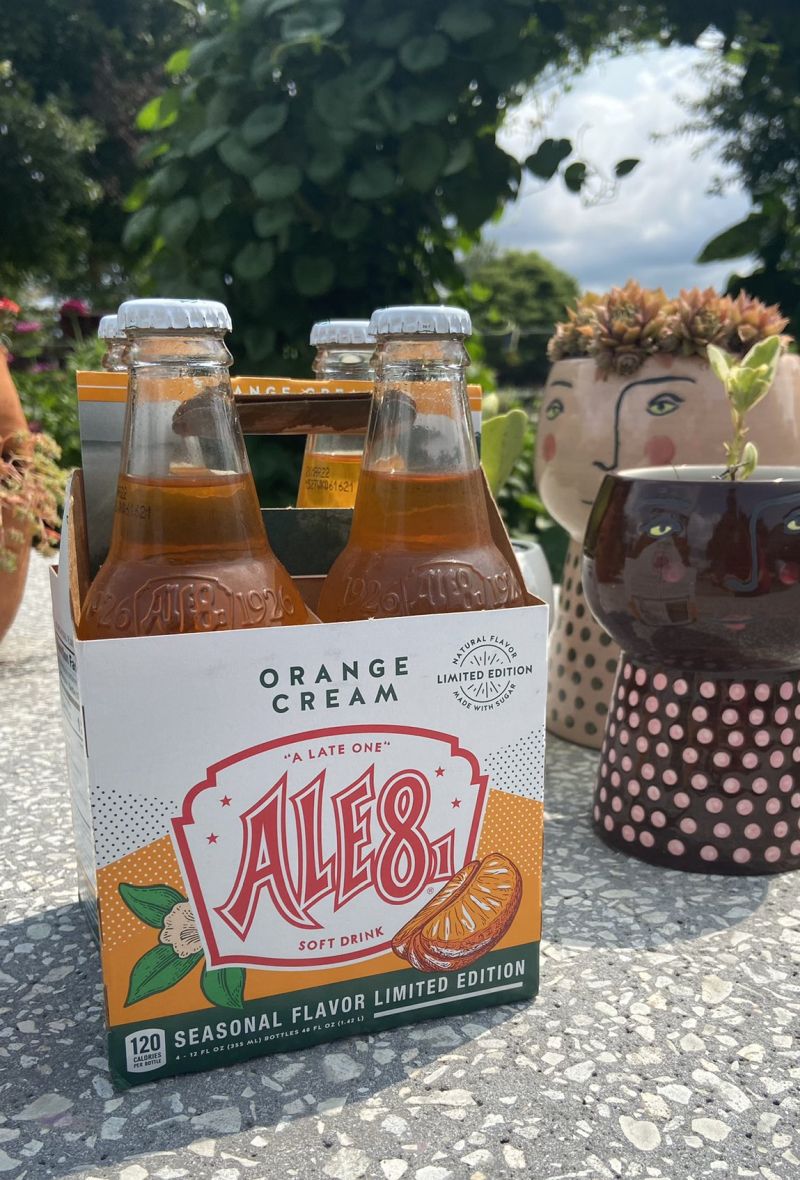 “The tremendous positive response from our first two summer launches of Orange Cream Ale-8-One has been overwhelming. We are delighted to be able to return this summertime classic to the shelves this year. Consumers had plenty of time last summer to experiment with recipes at home; we are excited for them to share their float and cocktail creations with friends this time around.” –  Chris Doyle, Marketing Director for Ale8-One

Orange Cream Ale-8-One will be available as a limited edition 4-pack. The small batch seasonal soda is crafted with an all-natural orange and vanilla blend combined with the Ale-8-One secret formula.

Ale-8-One Bottling Company was founded in 1902 by G.L. Wainscott in Winchester, Kentucky, and remains the oldest, privately held bottler in the United States still owned and operated by the founding family. Ale-8-One soft drink has been bottled in green glass in Winchester since 1926. The only soft drink invented in Kentucky still in existence, Ale-8’s proprietary blend is flavored with ginger and citrus and contains less carbonation and fewer calories than conventional sodas. The company’s founder and inventor, G.L. Wainscott, developed the recipe, and to this day, his great-great-nephew, Fielding Rogers, personally blends every batch of Ale-8-One. Ale-8-One is widely available in Kentucky, available nationwide online, available in Kroger stores throughout
the Southeast, and can be found at most Cracker Barrel Old Country Stores and Fresh Market. For more information, visit ale8one.com and follow on Instagram, Facebook, and Twitter. 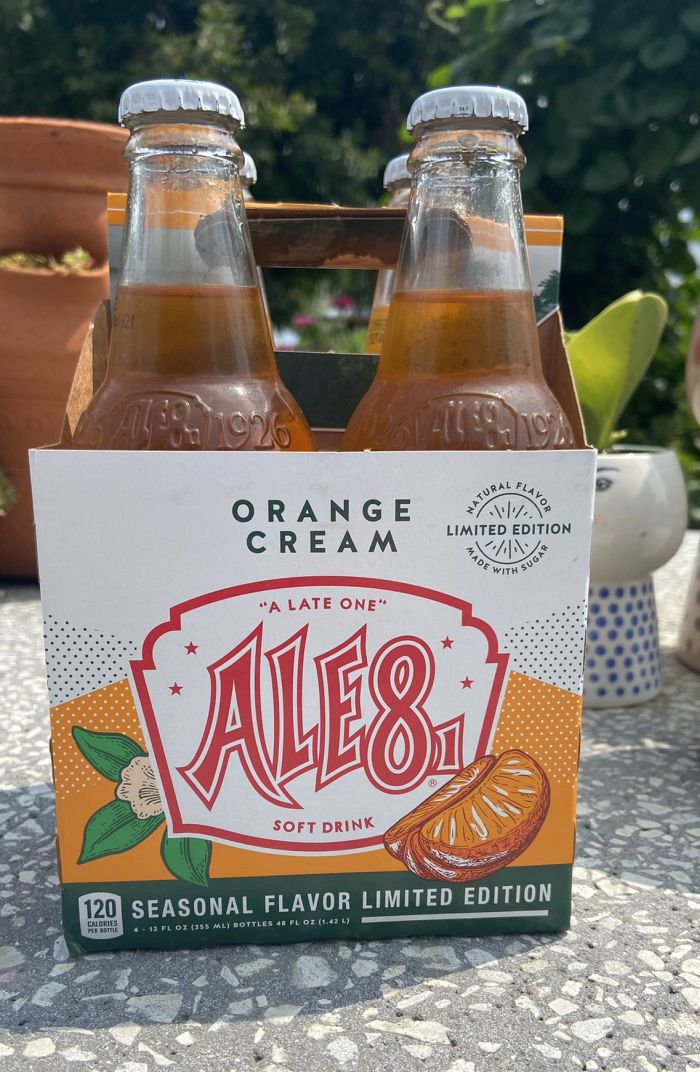 Delicious Grilled Shrimp at The Pond in Aurora, Kentucky If you're anything like me, you LOVE to get out in all the hustle … END_OF_DOCUMENT_TOKEN_TO_BE_REPLACED

Cardinal Riding Out the 2014 Ice Storm Can you believe it's been 8 years since the famous 2014 ice storm (well, it was … END_OF_DOCUMENT_TOKEN_TO_BE_REPLACED

Baked Potato and Grilled Catfish at The Pond One of my favorite Kentucky restaurants is The Pond in Aurora, Kentucky. I love … END_OF_DOCUMENT_TOKEN_TO_BE_REPLACED

Lighthouse Landing at Kentucky Lake If you were a regular reader of Genuine Kentucky, you know all too well that we've been … END_OF_DOCUMENT_TOKEN_TO_BE_REPLACED

Photo Credit: The Owensboro Convention Center My youngest daughter, Stephany, often talk about squeezing as much joy out of … END_OF_DOCUMENT_TOKEN_TO_BE_REPLACED

The Golden Pond Visitor Center Planetarium and Observatory International Astronomy Day is Saturday, May 7, 2022 and The … END_OF_DOCUMENT_TOKEN_TO_BE_REPLACED

Owl at Woodlands Nature Station As I said in my last post, everything is coming back to life around Kentucky... everything … END_OF_DOCUMENT_TOKEN_TO_BE_REPLACED