You are here: Home / Archives for Valhalla Golf Club 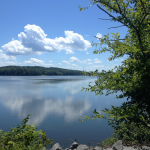 Smothers Park in Owensboro Kentucky is a Thing of Beauty! A while back I had a category here on the blog titled, "Kentucky … END_OF_DOCUMENT_TOKEN_TO_BE_REPLACED

Great Horned Owl: One of the Gorgeous Residents at Woodlands Nature Station One of my favorite places in all of Kentucky … END_OF_DOCUMENT_TOKEN_TO_BE_REPLACED

Spectra, the providers of Venue Management to the Owensboro Sportscenter, is excited to announce the return of the Kentucky … END_OF_DOCUMENT_TOKEN_TO_BE_REPLACED

Playground at the Rough River Dam State Resort Park Campground I recently told one of my daughters, "I have never been THIS … END_OF_DOCUMENT_TOKEN_TO_BE_REPLACED

As we often say on this Kentucky blog, the end of summer in NO WAY means the end of things to do and see in Kentucky. So grab … END_OF_DOCUMENT_TOKEN_TO_BE_REPLACED

Big Bone Lick State Historic Site wants to take you back in time during the 37th annual Salt Festival next weekend (Oct. … END_OF_DOCUMENT_TOKEN_TO_BE_REPLACED